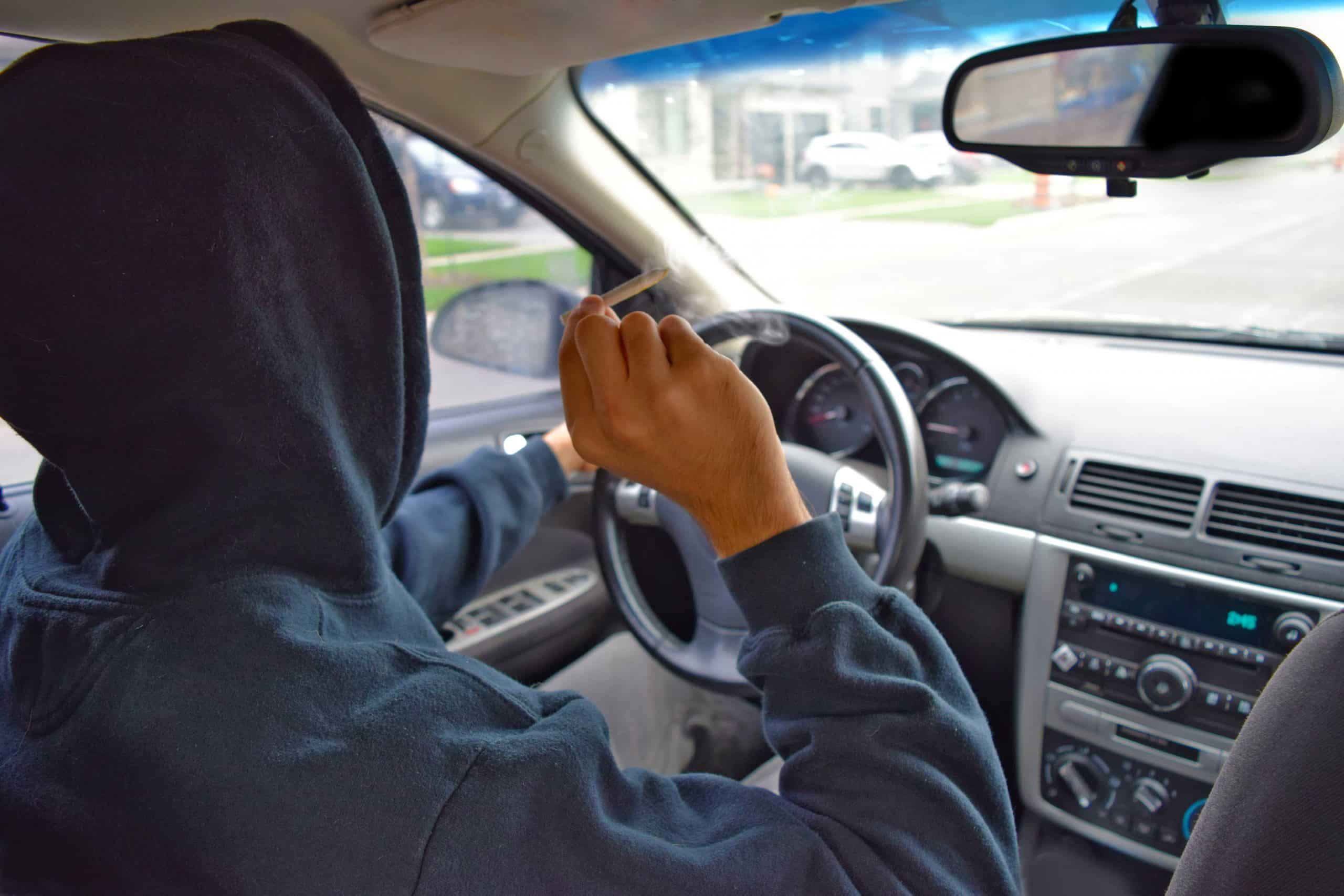 The official legalization of marijuana in Canada took place in October 2018, so many car owners have a question: can you drive on CBD. To answer it, you need to understand the limitations of the legislation and what the drug’s legal limit is for driving a vehicle.

The passage of the cannabis law in Canada has completely changed the perception of drugs around the world. Many locals are proud that the legalization of pot has finally happened within the country.

Statistics show that most tragic accidents on the road are related to drug use. Unfortunately, since the legalization of cannabis, the number of fatalities in traffic accidents has increased significantly.

Can I drive after taking CBD Canada: The Effects of Marijuana on the Body?

To answer this question, it is necessary to understand why drug intoxication is equated with alcohol intoxication. Driving under the influence of alcohol, drugs, or other substances implies driving a vehicle in an altered state of consciousness.

The fact is that marijuana consists of two active ingredients – tetrahydrocannabinol (THC) and cannabidiol (CBD), which have different effects on the human body. It is believed that the first ingredient causes a relaxing state, under the influence of the second there is a therapeutic effect.

Driving stoned under the influence of cannabis can contribute to the incorrect reaction of the driver to unforeseen situations on the road, driving at different speeds, and lack of attention. As a result, the driver endangers all road users.

The same reactions can be seen when taking illicit substances, including amphetamine, LSD, cocaine, etc. Even some medications can cause negative effects on the body. However, their labels and instructions always contain warning information. It is always advisable to study it before using the medication.

How long after smoking weed can I drive?

Alcohol and drugs affect the individual’s body differently. First of all, it depends on body weight and individual metabolism. It is believed that the more a person weighs, the more substance he or she will need to get intoxicated or high. However, if his metabolic rate is low, it takes longer for the drug to take effect.

Based on a person’s individual characteristics, it is quite difficult to determine how long it will take after using cannabis to get behind the wheel of a car. One should take into account the possibility of different options for taking marijuana as opposed to alcoholic beverages. Each individual case needs to be considered individually to answer the question of how long it takes to drive after taking CBD oil.

As some experts recommend, it is acceptable to get behind the wheel at least 4 hours after consuming cannabis. This period is considered the shortest. For many drivers, this time is not enough for the drug to be completely eliminated from the body.

If marijuana was taken with alcohol, you will need to wait longer. The same goes for drivers who have taken a fair amount of cannabis and those who have tried pot for the first time. Either way, you shouldn’t get behind the wheel if you don’t feel sober. It’s best not to take any chances in such situations because your health and even your life are at risk!

What does the law say about whether you can drive under the influence of CBD in Ontario?

Depending on the concentration of cannabis in the blood, there are the following penalties for drivers:

If blood alcohol is present above the legal limit (BAC of 0.08%), the driver is subject to the same penalties as for DUI. For example, suspension or revocation of license, forced participation in treatment programs, prohibition to travel abroad, etc.

How is it determined if you can drive a CBD Vape?

Because weed is legal in Canada, but it is illegal to drive under the influence of alcohol or drugs, new tools are constantly being introduced across the country to determine blood cannabis content. Under the law, police officers can stop any car for inspection whose driver is suspicious.

Officers first look for a specific smell in the interior of the vehicle, red eyes, and dilated pupils of the driver. All of these things combined may indicate that he is intoxicated.

To verify this, police officers may ask the motorist to perform some simple roadside tests. For example, walk in a straight horizontal line, stand on one leg for a certain amount of time, and spin around.

If there is reason to believe that the driver is not aware of his actions and his movements seem unnatural, he is asked to take a test for cannabis in the blood with a special device. One of the most common in Canada is the Draeger DrugTest 5000. It is used by police officers in many states across the country.

To test the drivers are taken from the saliva. The tester determines the content of THC in the blood in a few seconds. But the device’s reading will still serve as evidence for the prosecution. If the police suspect that the driver is intoxicated, he or she will be invited to drive to the nearest precinct to be tested again.

At the station, the driver will have to be tested not only for drug content but also for blood alcohol concentration. If you test positive, the police will have grounds to detain you and charge you with driving under the influence of alcohol.

Can I drive while high with a medical card in Canada?

Many Canadians use cannabis for medical purposes. Marijuana is believed to relieve pain, improve overall well-being, and help with depression. It is also considered a narcotic and can have adverse effects on the body.

Some Canadians are wondering: can you drive on CBD if it is used for medical purposes? There are no legal exemptions for drivers who take cannabis for pain management. In other words, if you get pulled over while intoxicated, it makes absolutely no difference why you used marijuana before your trip.

To stay out of trouble, you shouldn’t take cannabis before you get behind the wheel of a vehicle. If you smoked pot to relieve pain, wait at least four hours before driving, taking public transportation, or walking.

If you get caught for a DUI, it won’t matter to the prosecution why you used cannabis. Remember: Taking CBD and driving should be taken seriously!

Can I drive on CBD pills?

CBD is one of the active ingredients in marijuana. Unlike THC, it has virtually no effect on the brain receptors and the mental state of a person. CBD relieves pain and seizure syndromes and lessens the negative effects of THC on the body. Depending on the variety and degree of processing of the cannabis, the proportions of both components can vary.

Since CBD is legal in Canada, it is legal to use it in pills, hashish, and oil. High-purity cannabis contains virtually no THC, so it has no harmful effects on humans or getting high. However, marijuana is not fully understood and research into its properties is still ongoing.

If you’re wondering if CBD oil and driving are compatible, most experts will give you a positive answer. If you have consumed high-quality cannabis with high CBD content, the THC test will show a negative result. That way, you can safely continue on your way.

How much weed can I legally carry in Canada?

With cannabis being legal in the country, many locals have a question: is hash legal in Canada? To answer this question, it is necessary to understand the composition of the drug. Hashish is a product made from cannabis. Therefore, its use is allowed.

However, can I drive under the influence of CBD in the form of hashish and how much of it can I have? If the drug is predominantly CBD and you have purchased it in an officially approved store, you can safely get behind the wheel. But keep in mind, it is recommended to do it at least 4 hours after consumption! Please note that hashish usually contains a lot of THC, which can have a negative impact on your health and behavior!

Under Canadian law, you are allowed to possess marijuana in public places, but not more than 30 grams. This right does not apply to underage citizens. Keep in mind, it is illegal to drive high in Canada, so do not drive under the influence of alcohol and drugs!

Even if you feel sober, it’s best to be safe and refrain from driving after using cannabis. The best option in such a case is to use the services of a cab or public transport.