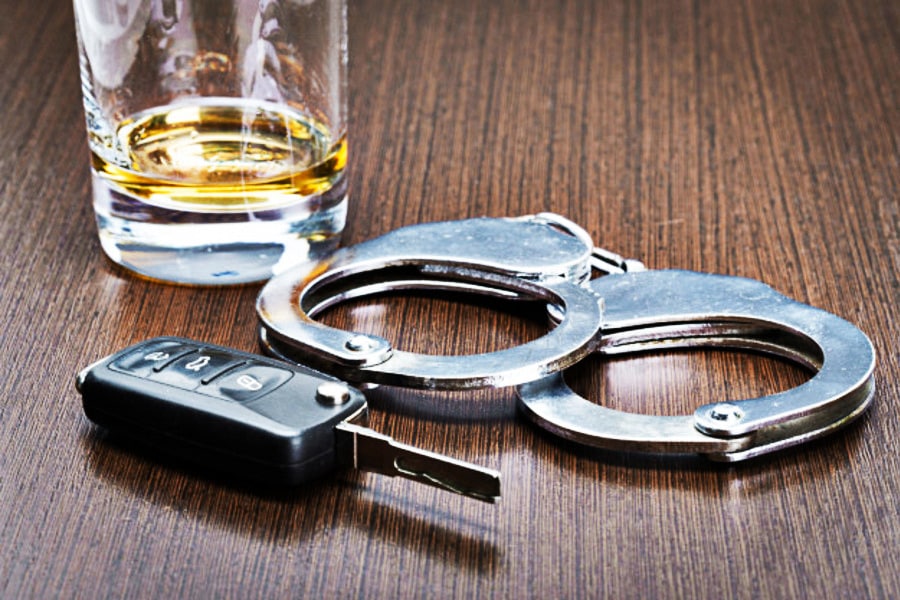 Drinking and driving is a very serious offense. A lot of the time people think that if they get caught drinking and driving, they’ll simply be given a ticket. They’ll then pay that ticket and move on with their lives. That’s not the case whatsoever. A DUI is not like a speeding ticket. It’s a criminal offense. If convicted, a DUI charge may ruin your career and your future employment opportunities. They’re longlasting and very hard to remove from your record. In fact, a DUI in Ontario stays on your record forever. Even if you’re pardoned it won’t be erased, that section of your record will simply be closed. Meaning even though nobody can see it, your employers can see that you were pardoned for something serious. They may even ask you about it.

Drinking and driving have some severe consequences. If you’re convicted, you’ll be subject to a wide array of penalties and punishments. First of all, it’s very common for offenders to be charged thousands of dollars. Secondly, you’ll also most likely lose your license. Most of the time the license is actually taken away from you rather than just a temporary suspension. The only way to get it back is to go through the entire graduated licensing system all over again. In Canada, this means you have to go through your G1 testing, your G2 testing, and finally your full G. If you also have a truckers license, a motorcycle license, or even a boat license, you may lose those as well and have to do those tests all over again as well. The third common penalty is jail time. Jail time is usually reserved for those who cause damage and or bodily harm. If you seriously injure someone else while drinking and driving, be prepared for a quick conviction and a heavy jail time. If you kill someone, you may face 10 to 15 years in prison.

So now that we’ve terrified you, let’s get into what actually counts and drunk driving. In Canada, there are three ways to be charged. The first is being over the legal limit. What we mean by that is you need to keep your BAC below a certain number. BAC means Blood Alcohol Content, and essentially refers to the percentage of alcohol and the percentage of everything else in your bloodstream. In Canada, as a general rule of thumb for drivers 21 and over, you need to have less than 80 mg of alcohol in every 100 mL of blood. If you go over this threshold, you’ll be charged with a DUI. A lot of people ask how much you need to drink to get there, but unfortunately, there’s no exact way to tell. There are just too many factors involved. First of all, you need to take into account a person’s weight. The heavier a person is, the more likely they’ll be to remain under the level (considering they just have more body mass, and in succession, blood). You’ll also need to take into account their age, their gender (because studies have shown that men can actually drink more than women while under the limit), and metabolism, and so many more. Another thing you’ll need to take into account is how much the person ate beforehand. If you had a full meal, it’s likely you’ll need more alcohol to get drunk than if you had absolutely nothing to eat.

The second way to be charged with drinking and driving is to be unable to drive safely and effectively. This is basically a sobriety test. This means you can be under the legal limit, and still, get charged. For example, if you drink one glass of wine, are super tipsy, and get behind the wheel, you can be charged. In order to be charged an officer will make you do a roadside sobriety test. They’ll check things like your reaction time, your ability to walk in a straight line, your instincts, and more. If you fail this test, you’ll be charged with a DUI.

Now let’s talk about the specific consequences. If you are a first time offender, the charge will go on your record permanently if convicted. You’ll also be given a steep fine, and may even have your license temporarily revoked. Usually, you won’t have to redo the graduated licensing system, but in some cases, you will. Do keep in mind that if you harm someone or cause property damage (whether city or privately owned) these penalties go upwards. If you are a repeat offender, you will almost certainly have your license revoked. You’ll be forced to pay steep fines, and you will most likely be given jail time. The amount of time behind bars varies between 30 and 120 days for repeat offenders. Again, if you do severe damage or cause injury and/or death, the time goes upwards into the year range and onwards.

A lot of people ask us what it’s like to actually get caught drinking and driving. When caught, it’s likely the police officer on the scene will do a breathalyzer test on you. If their device is unavailable they’ll make you do a roadside sobriety test. Do keep in mind that if you refuse either of these tests, you will be charged immediately. If you are found to be above the legal BAC limit, or unfit to drive a vehicle through the roadside sobriety test, you will be taken to the nearest police station. In this station, you will be taken through a variety of more official tests. Once these tests are done, you will be charged with a DUI. You will then have the option to fight it in court. If you are not convicted, you will walk free. If convicted, you’ll be subject to the harsh penalties as described above.

Below we’ll be discussing some factoids surrounding drinking and driving in Canada. In Canada, four people die (at the minimum) because of drunk drivers every day. This statistic is super important because it proves that drunk driving is the number one cause of death in Canada due to criminal activity (because drunk driving is a criminal offense). If you’re looking for information on how long it takes for alcohol to leave your system after hitting the legal limit, you’re in luck. We have the answers! In order to bring your BAC back to a legal level, you’ll need to wait a full six hours. Depending on how drunk you are, you may even have to wait longer. Our last interesting fact is with respect to the teenage drivers out there. Unfortunately, drivers aged 16 to 19 make up the majority of the DUI charges out there. This is often due to how pressuring it can be to drink at a young age. Mix that in with inexperience and a lack of life experience and you’ve got yourself a problem. A debate has raged on for years about raising the legal driving age as well as the legal drinking age, but for now, the amount of teens drunk driving continues to rise.

It’s important to learn all of the myths that are out there surrounding drunk driving. The first is of course faulty breathalyzers. A lot of people think that the devices are faulty and will often produce incorrect results. With this flawed logic in mind, a lot of people will drink way over the limit and simply hope that the machine screws up. Unfortunately for them, the devices are 99% accurate when used by someone who is professionally trained. Not to mention if their device is faulty they can always request another unit to bring one to the scene. Either that or they’ll take you into the station where they’d test you on an industrial model with near-perfect results.

Another myth that we feel needs to be discussed is the idea that various foods and liquids disguise the alcohol in your breath. This is a myth. Regardless of what you eat beforehand, most modern-day machines will pick up the alcohol right away. Back in the day, there were dozens of rumors swirling around about how gum could hide booze, but they were all wrong. As of now, there has never been an accurate idea when it comes to hiding from a breathalyzer. If an officer finds you purposely trying to screw up the test, they may simply make you do a roadside sobriety test or monitor what you’re doing 15 minutes prior to the breath test.

A lot of people ask us how to avoid drinking and driving. After all, if alcohol alters your decision-making skills, how are you supposed to stop yourself from driving drunk? Well, first thing’s first, drink less! Have your friends let you know when you’re going a little too far. Maybe even plan ahead. A lot of people plan out how many drinks they’re going to have beforehand. Not to mention they’ll plan out what type they are, how much alcohol is in them, and the time in between drinks. You can also do things like give a friend your keys (or just hide them from your drunk self), walk instead of drive your car, or take a taxi and/or uber to the party and back home. There are plenty of things you can do. If you find that you can’t keep yourself from drinking and driving, we strongly recommend you stop drinking altogether. Not only will it keep you safe from punishment, but it will keep you and the other drivers around you on the road safe from harm.

If you’ve been charged with a DUI, we strongly recommend you get in contact with an experienced DUI lawyer in Toronto like Jonathan Lapid. Mr. Lapid is an experienced and successful DUI lawyer who’s fought DUI charges for decades. Many say he can twirl juries and judges around his finger like it’s absolutely nothing. If you want your charges to be dropped to nothing, he’s the man to call. He’s affordable, incredibly kind, and is great at what he does. You can’t go wrong contacting Jonathan Lapid.

For more information on what DUI consequences and effects look like, we recommend you get in contact with Jonathan Lapid or another trusted DUI lawyer. Do keep in mind that if you are charged with a DUI, we take no legal responsibility. This article is merely a guide presenting you with the most accurate information on the subject at hand. With this in mind, we hope this article gave you the answers you needed. Please stay safe out there, and in order to protect both yourself and other drivers, do not drink and drive. Don’t become a statistic. You don’t want to spend the rest of your life under the influence of a criminal charge, do you? Yea, we didn’t think so.